A loving and skillful touch
​

​Im not sure why, but I  always wanted to go to India.
By the time I could go, the Beatles, Harvard professors and others were visiting gurus,  I also wanted to have a spiritual teacher. Yes, it was a popular idea in those heady days of mind expansion, but not everyone was as taken by it as I. When I found an awesome teacher, in February of 1974, I wanted to live near him 'forever'. My timing was perfect as this teacher- Bhagwan Shree Rajneesh was just about to leave Bombay and start an Ashram in Poona, India which over the next 7 years exploded into the biggest human growth hub on the planet.

Fortunately (as it turned out) I had absolutely no skills to contribute to the new commune. Had I been a carpenter, plumber, or even a good typist, I would have been welcomed with open arms. As it was, I had only a burning desire to be part of what was at the time very new and ready to explode. So when the chance arose, i jumped on it, not thinking that it would set the course for a career which fits my lifestyle even today, to a tee.

Ihappened to  overhear the master telling the newly resident Rolfer that this type of very deep bodywork seemed to help westerners to be able to sit still and meditate. So he suggested to this man to train a few more in Rolfing because- 'many people who need this will be coming'.  And the rest, as they say, is History.

I was lucky to be able to live for the next six years in this vibrant spiritual community and to give 4 sessions  day, 6 days a week year round. And also lucky to have constant input from other therapists who were pouring in from all over the world. There was no point to any competition, as we all worked for the commune in return for food and board. And we had the chance to exchange sessions amongst ourselves, which lead to some interesting results, and eventually to the birth of Rebalancing.

For example: Im exchanging with a feldennkrais practitioner , learning to work with very little force, and much subtlety, and I incorporate some of it into my work because it works so well! Meanwhile,the Feldenkrais man is trying out deep strokes and enjoying doing that. Compound this many more therapists, bringing all kinds of different approaches to the body into one common pool. We could explore in so many ways, until by 1980 it became apparent that what some of us was doing needed a new name and a new umbrella to create under. It was called Rajneesh Rebalancing.
​
The Rajneesh part came from the fact that we were all part of his ashram where everything had his 'brand' on it. But it also pointed to the importance that was placed on two parallel streams of human potential that made life in this community so exciting and poignant. Love and Awareness. We were all in an enviable position to explore and expand our horizons without comparison or one-upmanship, and with the daily encouragement of a brilliant master who wanted to change the world for the better, by helping individuals to evolve.
THE TWO STREAMS OF LOVE AND AWARENESS
Everything that evolved in those days was a reflection of those two streams. New therapies, processes, meditation techniques, lifestyles, all reflected the teachings on Love and Awareness. So it was that a system of bodywork 'homegrown' in this setting had not only a smorgasbord of the latest western techniques, as well as  more ancient eastern techniques, all in a container that emphasized Love and moved with Awareness. So significant are these two streams, I have devoted a section of this website to them (here)

Today, 'Mindfulness therapy' methods, combined with 'self compassion' is the cutting edge of psychotherapy. The roots of this work, which is proving to be very successful, both with adults and kids with a wide variety of behaviour problems, comes from Buddhism, and has been accepted into western mainstream because during the last twenty years the research has born out its effectiveness. Now, the scientific  research on fascia, and its significance on health and well-being is being done, and is proving what we have intuited. It works.

After the untimely death of Osho (Rajneesh) in 1990 the community rallied and the next few years were the peak of Rebalancing establishing itself in the world. There was a movement to bring Rebalancing more into the world. Several trainings in Germany, Italy, Holland as well as the main training in Poona India were putting out practitioners yearly. A few satellite trainings later started, in South Africa, in Nelson, British Columbia, and elsewhere that I cannot recall right now.

Then, partly due to our rebellious spirit, the attempt to have a central organizing headquarters and controlling body fizzled out. Several of the original teachers started their own schools, moving into approaches closer to their hearts. To these friends I include links (here). Another development was that some no longer felt an outer allegiance to the Osho commune and 'brand'. Whatever their inner allegiance, on the outside they dropped the 'Osho' from Rebalancing. This would allow the work to enter the mainstream and be accessible outside of a speciality field.

I have always been happy as a Rebalancer. I thoroughly enjoy to watch and participate in the evolution of this modality. Without being attached to a specific outcome, there is the enjoyment of what takes place in the here-now. what we do is part of a bigger movement which in the lat 10 years has come more into the spotlight, and is starting to have wider recognition in the medical community, and (very slowly) among insurance providers. They are more cautious, but I feel confident that during the coming days, the real value of Bodywork as a preventative  which keeps people from injuring their bodies, which helps us to live longer, and more productive lives, is recognized and valued. 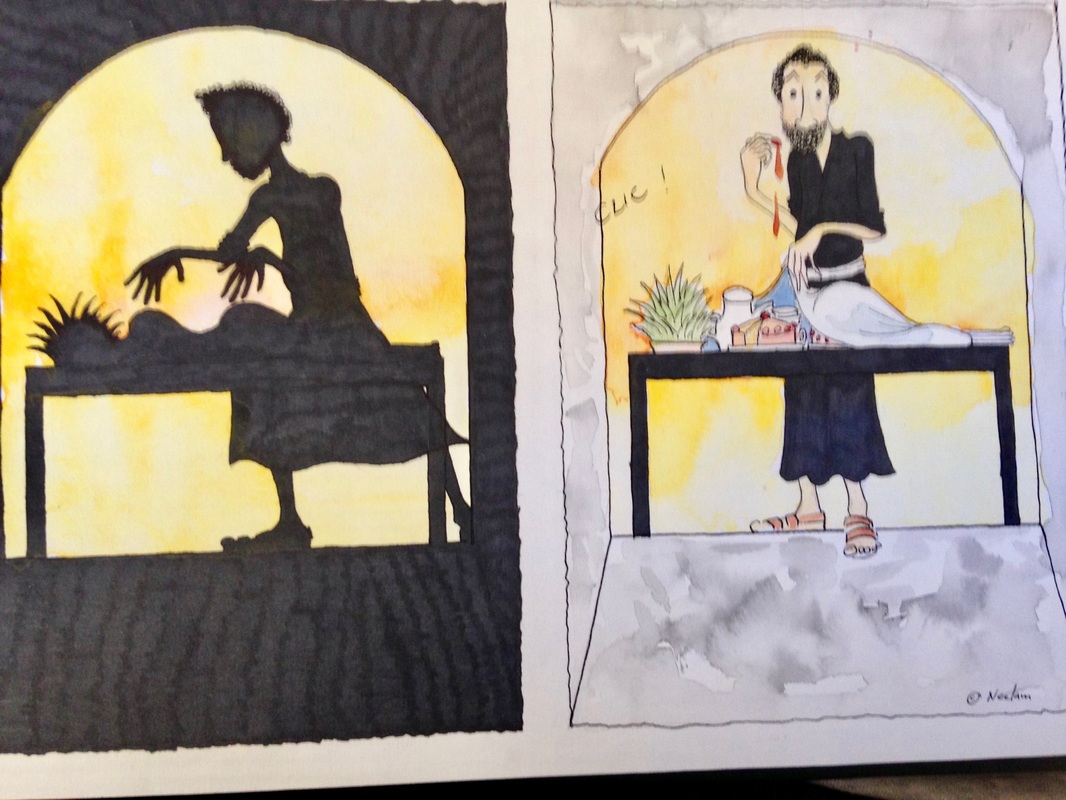